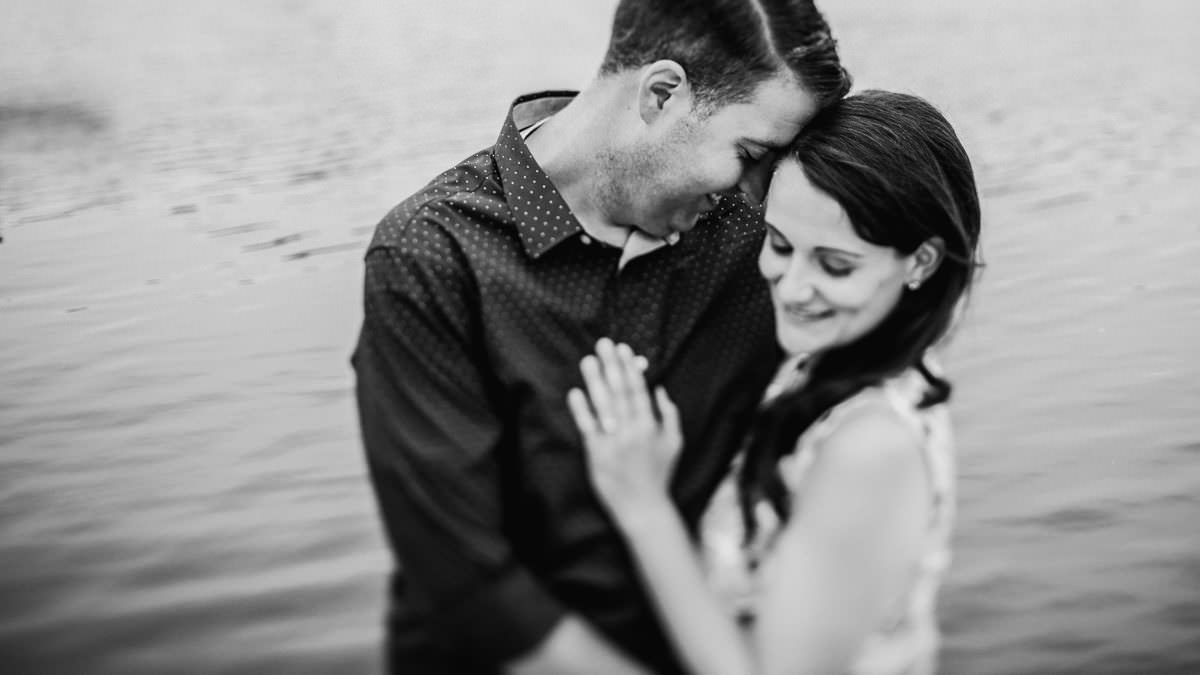 Where do I begin with this blog about Kirstin and Shawny’s Downtown Collingswood Engagement Photos? I guess from the beginning. The first time I saw Shawn I was at a Flyers playoff game. It was either against Ottawa or New Jersey, and all the sudden this guy starts dancing in the upper level. The place erupted as if the Flyers just scored a goal! As the years went by Shawny gained fame as being the Flyers’ dancing guy easily recognized by every Flyers fan.

Fast forward a decade later and I received a wedding inquiry. I read it early in the morning half asleep in bed. I skimmed it, put my phone down and went to back to bed. Then the name hit me…’Shawn Hill’. I sprung out of bed, did some Facebook stalking and sure enough, it was him! After emailing back and forth we scheduled a call to discuss details. I think the first thing I said to Kirstin was “do you know who you’re engaged to??? It’s the Flyers dancing guy!!!” Of course she knew who she was engaged to, and I was just starting to learn how deep her blood runs orange and black.

Kirstin comes from a house that runs on orange and black octane. Her father, Bill Schoeninger is a Flyers super-fan, and she is an avid ice-hockey player. My worlds collided! My love of the Flyers and wedding photography!!!

We kicked around a lot of ideas before settling on Downtown Collingswood Engagement photos. The area is really cool with it’s colorful shops, old buildings and small-town feel. It holds a special place in both their hearts. After spending some time with them around town, I really enjoyed getting to know them and watching them interact with each other. They brought their dog, Puck, who has a personality of his own! We worked him in a few shots and he stole the show when it was his time to shine!

By the end of the session, it only made sense that Kirstin ended up falling in love with the one guy loved by all Flyers fans not named Clarke, Lindros, Hextall or Giroux. I can’t wait for their fall wedding!!! LETS GO FLYERS!!! 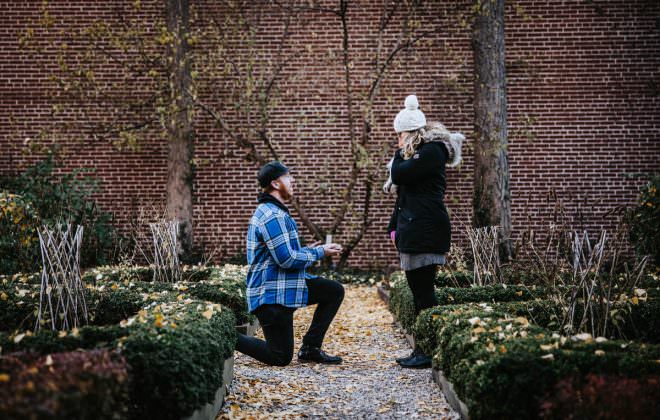