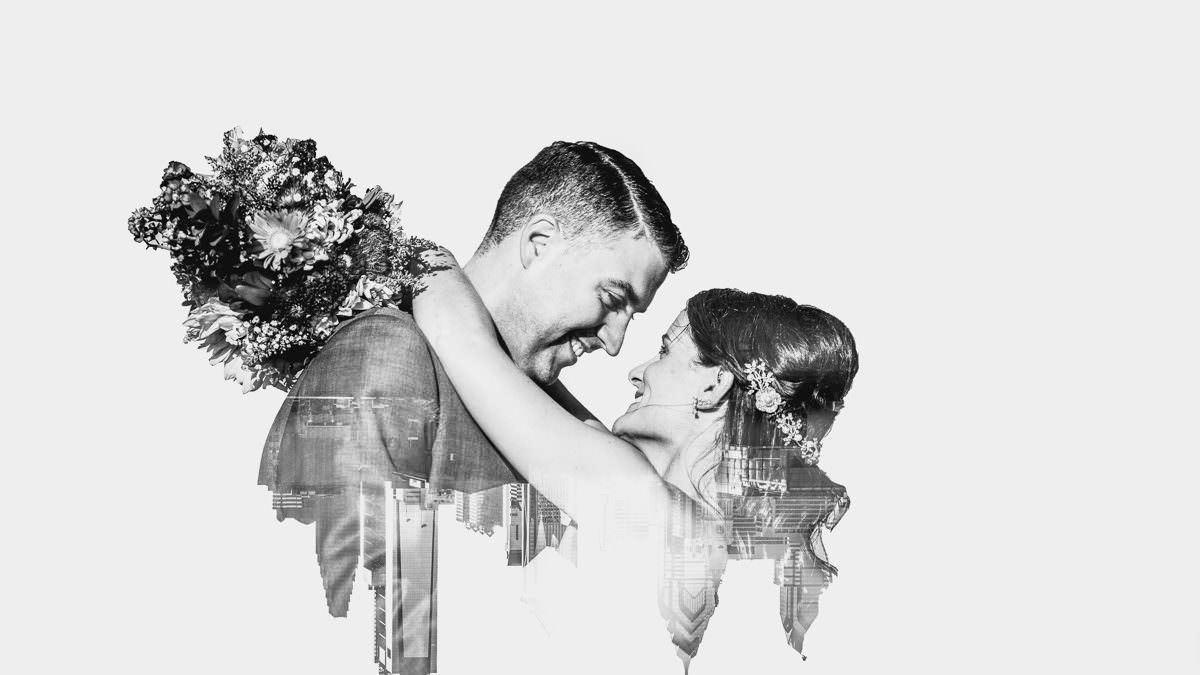 Philadelphia Wedding Photos are always fun, challenging and produce some of my favorite images. The Philadelphia history, architecture and leading lines always add interesting elements that make cool photos. When Kirstin and Shawny hired me to be their wedding photographer, I was stoked! Not only because of the wedding location, but the common love we both share in the Philadelphia Flyers.

When I did Kirstin and Shawny’s engagement session I learned more about them. Their love story is a cool one. They met when Kirstin worked for the Phantoms. She was that cool chick who shot out of the tunnel during intermissions and launched t-shirts into the crowd. She prided herself on being able to launch t-shirts into the nosebleed seats! Shawny was that dancing guy at Flyers games…yes that dancing guy.  Anyway, they met, fell in love and got engaged. Talk about a match made in heaven!

Kirsty is taking a nap

Shawny got ready with his men and their awesome dog, Puck. That’s all I know since I was with Kirstin haha!

Kirstin got ready at the Le Meridien Philadelphia, a cool revamped hotel in a Georgia Revival building located in the heart of Center City. When I arrived, Kirstin was taking a nap. On her wedding day. That’s unheard of! I grabbed her dress, shoes and other details until she woke up. When she woke up, she was ready for hair and make up! Once she was all done, she got dressed with her sister and shared a beautiful moment with her mom. After that, we were ready for her first look with Shawny!

Shawny and Kirstin’s first look was at Franklin Square, one of Philadelphia’s five original squares. Located at the foot of the Ben Franklin Bridge,  it was the perfect spot as Kirstin walked up the stairs to see Shawny. Truly an awesome moment as friends and family and their dog, Puck looked on. After they had their moment, we headed over to Franklin Square for some quick photos. As I was taking their photos I heard someone say “oh look it’s the Flyers guy!” He’s kind of a big deal.

Another awesome moment was when Kirstin saw her dad, Fritz for the first time. Fritz stood in the middle of Penns Landing while Kirstin walked up behind and asked him to go for a walk. It was an incredible moment and probably one of my favorite moments I’ve ever captured!

K&S exchanged vows overlooking the Delaware River. It was a beautiful ceremony on a beautiful fall day! Fritz proudly walked Kirstin down the aisle while Shawny watched with loving eyes. The vows were thoughtful, loving and humorous. It’s always a joy to capture this part of the day. Once we were done we took the mother of all photos, all the guests in what felt like a big graduation photo!

Time for some Philadelphia Wedding Photos!

One of the features of Philadelphia is Penns Landing. It spans the shoreline of the Delaware and made for the perfect spot for photos. We took photos in this gorgeous location as it offered big skies, beautiful light and the Ben Franklin Bridge in the background. Because the city means so much to them, I wanted to incorporate the skyline into a photos, but did not have the opportunity. So a couple days later I went back to Philly and captured a photo, which I later merged as a double exposure with Kirstin and Shawny. It turned out to be one of their favorite images!

For all my photographers out there remember, if your client planned on Philadelphia Wedding Photos, a lot of places require a permit which is easily obtained by going to www.nps.org.

K&S were announced by the one and only Lou Nolan! Flyers fans all know who he is. He even announced my name which is a top-5 moment of my life. No kidding. Anyway, K&S danced the night away (like I thought they would) and everyone had a great time celebrating with them.

From one fan to another, I wish you two a life time of happiness, love, laughter, Flyer victories and hopefully a Stanley Cup. 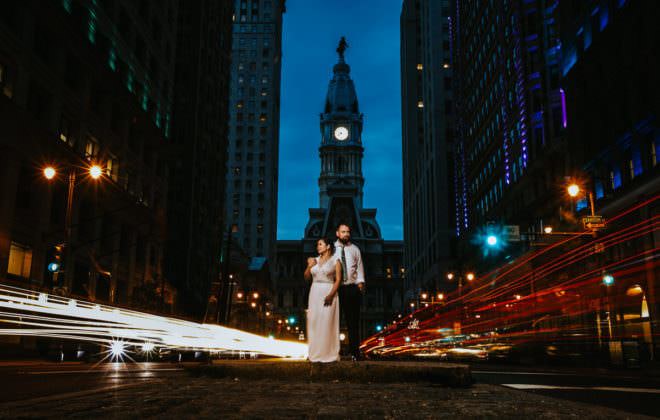 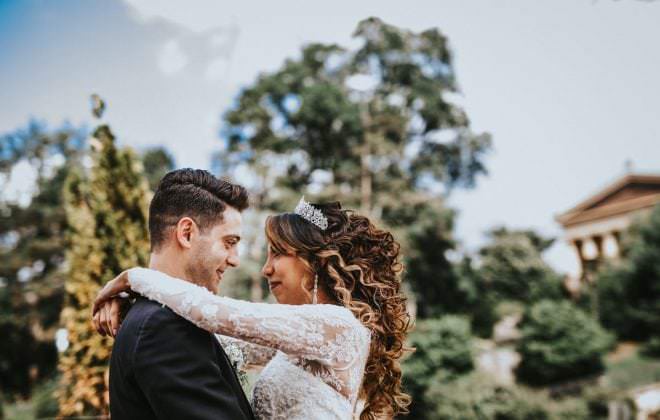