A few years ago, I photographed a wedding Katie and Vinnie attended. I ran into him a few days later and he said “My girlfriend, Katie is obsessed with your Instagram feed”. I suggested he propose so he could hire me, and we laughed. About a year later he proposed and they invited me to capture their Trump National Philadelphia wedding!

While I knew Vinnie, I got to know Katie during their engagement session. Seeing them together is like watching two souls playing in a romantic tango. They smile, laugh and genuinely have a great time no matter what they’re doing. That energy carried over to their beautiful January wedding day.

Getting ready went without a hitch. Katie shared a moment with her dad when he saw her in her dress for the first time. Once everyone dried their eyes, we all headed to the church.

Katie hardly held back her tears as she walked towards the alter where Vinnie was waiting for her. Their ceremony was traditional and beautiful with touches of Christmas still lingering. After knocking out the family formals, we headed to Trump Philladelphia.

Although it’s called Trump Philadelphia, it’s actually located in the highest point in South Jersey. On a clear day you can see the Philadelphia skyline in the distance. This, however was not a clear day. It was cloudy, quickly getting dark along with drizzling on and off. Not great conditions for photos. So when it came time for bridal party photos and bride and groom portraits, I had to break out the flashes and keep them under the awning when the rained picked up. It was a science!

With the help of products from MagMod, I was able to shape and soften the flashes for some pretty cool photos. Since it was lightly misting, I placed a flash behind Katie and Vinnie to catch some of the rain droplets in the photos. It added a cool element to their photos!

After the portraits, Katie and Vinnie went up to enjoy their cocktail hour. I used some of this time to reconnect with some old friends. If you didn’t know, I’m a mortgage trainer for a national mortgage company. I trained Vinnie years ago when he first came into the mortgage industry. He still works for that company, so it was great to see some old friends. But I was here to work, so we had to cut the reunion short and go back to work!

DJ Johnny Looch kept the music pumping, the mummers got the crowd feeling nostalgic, speeches were spoken and everyone had a great time! Here are some of my favorites from their Trump National Philadelphia wedding!

Vendors that made it all happen 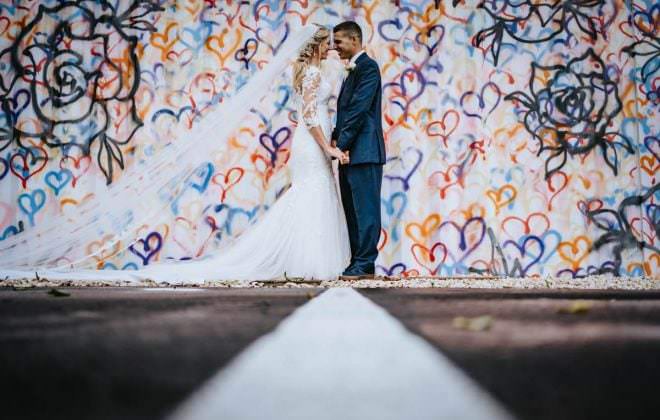 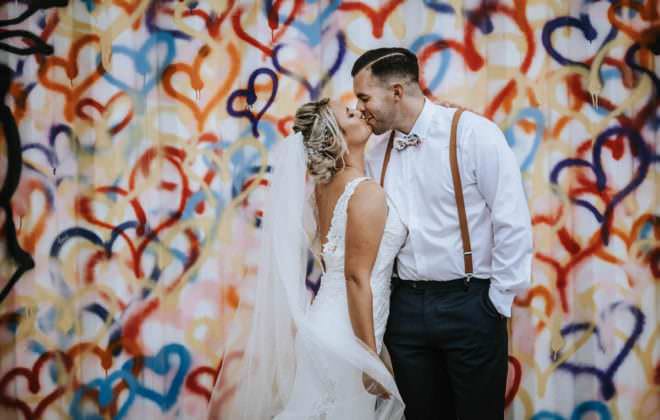